With deep sorrow we (at WAP) knew at this moment that a young researcher engaged in the Antarctic campaign at the Indian Maitri Base, was victim of an accident in the Ice shelf. 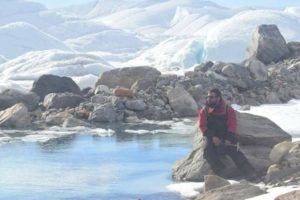 Born on 13th April 1994, Shri.  Subhajit Sen did pass away  on  Tuesday the 27th March 2018 while at Indian convoy route to Maitri Station , Antarctica in service to the Nation.
He met with an accident during convoy operations at Ice Shelf and suffered a major trauma late evening of 26th March 2018.
He was immediately rushed towards the Expedition Vessel and Doctors joined with medical help around 23:15 hrs (UTC+01). Unfortunately, attempts to revive him went in vain and he bid farewell due to fatal injuries to this mortal world at 00:12 hrs (UTC+01).

The  student participant  Shri Subhajit Sen,  was deputed to Antarctica  a member of the short term Team of the 37th Indian Scientific Expedition to Antarctica (ISEA) in November 2017 and was 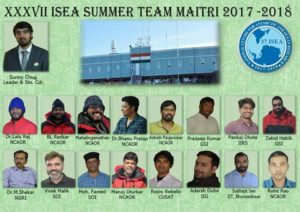 expected to return back home by April 2018. Through a competitive process, he was selected for the expedition based on his research project “Deformation – Fabric in Sub-glacial Till Exposed in Schirmacher Oasis”.

Shri Subhajit Sen  was an intelligent young scientist, adorable personality with many facets and an energetic member of the team who would bring smile to many faces, would go an extra mile to help others and would stand by in the hour of need, is no more with us– is the sad comment of the Indian Antarctic Center – Shri Sen will always remain in the hearts of fellow Antarcticans and remembered with fondness. His contributions to Antarctic Sciences will always be admired.

With profound grief and sorrow we at the Indian Research Base, Maitri Antarctica and at National Centre for Antarctic and Ocean Research, Goa condole the death of Shri Subhajit Sen and pray to God almighty for his soul rests in peace and for strength courage and solace to the family.
Read more at:  http://www.ncaor.gov.in/news

On behalf of the WAP community, sure to interpret the sentiment of the thousands of Hams, Antarctic chasers, Scientific colleagues  as well as all the Antarctic followers, worldwide, we send our deepest condolences to the family and to everyone in the NCAOR Department.
His soul rest in peace.

For condolences to family and friends write to condolence.sen@ncaor.gov.in