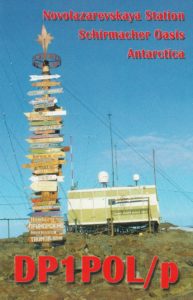 Felix Riess  (DL5XL) has been active as DP1POL/p  for a short period of time from the Russian Station Novolazarevskaya  (WAP RUS-Ø9) while waiting the ALCI flight from Novo Runway (WAP MNB-Ø6) to Cape Town.

Novolazarevskaya ( 70° 47’ South, 11°49’ East) located at the extreme southeastern tip of the Schirmacher Oasis approximately in 80 km from the Lazarev Sea coast,  is one of the most efficient Antarctic Stations operating from Dronning Maud Land Estern Antarctica and serving by its Novo Runway almost all the scientific operations from the Bases located in that area. An ice shelf with a slightly undulating surface resting against an ice cap extends north of the station in the vicinity of Leningradsky Bay. From the south, there is a continental ice sheet slope. 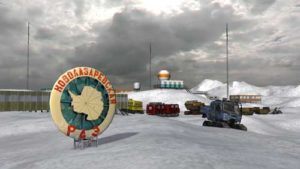 DP1POL/p is though one of the new callsigns to be add to the WAP-WACA list.

Thanks to Felix for this new one and thanks to DL1ZBO for his fast QSL service.