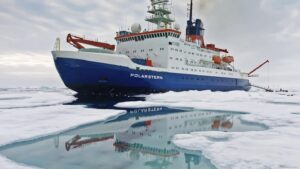 DPØPOL/mm is going to be active shortly. So far, the call sign has only been used on FT8 and PACTOR, so there is some real radio operation now!

Felix, DL5XL has just informed WAP that in spite of the fact that there  has not been much to report in the past months, now there is some ham radio related news: Andreas, DL3LRM, has arrived on board of  R/V Polarstern for the last leg of the MOSAiC expedition.
Here a short note of the mission:
Embark on the largest polar expedition in history: in September 2019, the German research icebreaker Polarstern has set sail from Tromsø, Norway, to spend a year drifting through the Arctic Ocean – trapped in ice.

The goal of the MOSAiC expedition is to take the closest look ever at the Arctic as the epicenter of global warming and to gain fundamental insights that are key to better understand global climate change. Hundreds of researchers from 20 countries are involved in this exceptional endeavour. Following in the footsteps of Fridtjof Nansen’s ground-breaking expedition with his wooden sailing ship Fram in 1893-1896, the MOSAiC expedition will bring a modern research icebreaker close to the north pole for a full year including for the first time in polar winter. The data gathered will be used by scientists around the globe to take climate research to a completely new level. Led by atmospheric scientist Markus Rex, and co-led by Klaus Dethloff and Matthew Shupe, MOSAiC is spearheaded by Alfred Wegener Institute, Helmholtz Centre for Polar and Marine Research (AWI). 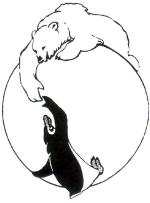 Going back to Felix  report, the Ham Radio Station is up and running,  so Andreas, DL3LRM,   will be active in CW signing DP0POL/MM  on 40m, 30m, and 20m from various locations near the North Pole. QSL via DL5EBE
Felix DL5XL assures the Ham Community  that they might be able to set up a sked once Andreas  makes the first contacts.  -I am in regular contact with him through our office- Felix said.

And about the upcoming Antarctic season, we have no idea yet – Felix said-  The virus really makes things very difficult!

R/V Polarstern is valid for WAP WADA and for the French Polar DX Challenge. Good luck to hunt  DPØPOL/MM in the next weeks