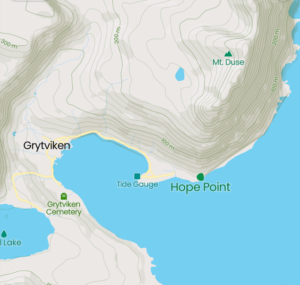 Hope Point (South Georgia) is the site of a monument erected by Sir Ernest Shackleton’s men, the memorial cairn and cross at the end of King Edward Point, beyond the British Base (WAP GBR-24),  face the Cove since 1922.

The cairn and cross in memory of Sir Ernest Shackleton  at King Edward Point was erected by the crew of the Quest Expedition on their return from the South. They were unable to attend Shackleton’s funeral as they had set 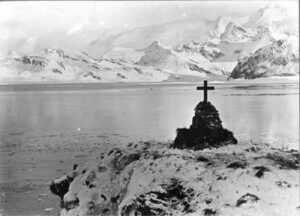 off on the expedition thinking the body was bound for England.