Deutsche Briefmarken-Zeitung (DBZ) is a German philatelic trade journal that has been published since 1925 .On February issue of DBZ,  Harald Kuhl, DL1AX has pubblished an interesting article about the summer italian Station WAP ITA-Ø1, MZS (named after Mario Zucchelli) in Antarctica, from which has recently operated  Lt. Danilo Collino IAØ/IZ1KHY . 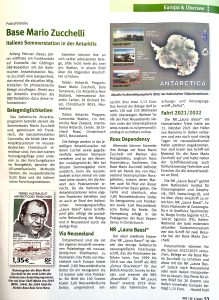 The article includes a copy of Danilo’s QSL and the stamp  dedicated to the Italian scientist Mario Zucchelli (1944 – 2003), for years a reference figure for the Italian Antarctic Program.

Issued by TAAF (Terres Australes et Antarctiques Françaises)  in 2019   the stamp  did  celebrate the important contribution of Mario Zucchelli  to the realization of the French-Italian Concordia Station (WAP MNB-Ø3), depicted in the stamp along with the portrait of Zucchelli on a tricolor 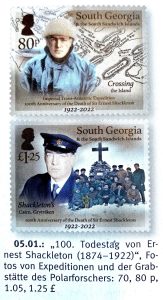 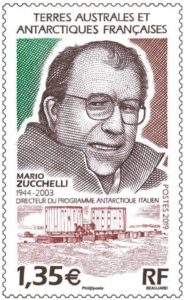 In addition, DBZ magazine shows the special stamps issued to recall  on the 100st Anniversary of the death of Ernest Shackleton who, at age of 47, made a final mission to Antarctica, but would sadly pass away on the island of South Georgia on January 4th, 1922.