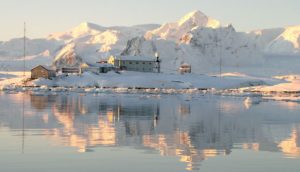 On last February 6,  Ukrainian polar scientists did celebrate the birthday of the Antarctic station “Academician Vernadsky”. On February 6, 1996, a blue-yellow flag was raised for the first time over the Faraday Antarctic station, which the UK released to Ukraine. The station which began its new history at that date,  is now called Academician Vernadsky.

To celebrate this date and the 200th Anniversary of Antarctica’s discovery, the National Antarctic Science Center has prepared special commemorative diplomas for the radio amateur community. During February 2020, special Ukrainian call sigs EN2ØØANT (Ref. WAP-3Ø6) and EM2ØØANT (Ref. WAP-3Ø5) are actively working on the Ham bands. With one contact with these stations, Hams from all over the world can receive this memorable Ukrainian NANC diploma – said Pavlo Tarasovich UT1KY, one of the participants of the 5th Ukrainian Antarctic Expedition-. (see also http://www.waponline.it/ukrainian-award-to-celebrate-the-2oo-anniversary-of-antarctica/) 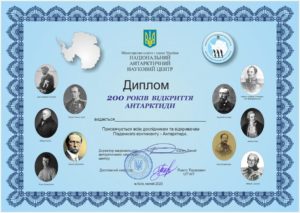 Academic Vernadsky Station (until 1996 – Faraday Station) is a Ukrainian Antarctic station located on Galindez Island, 7 km from the west coast of the Antarctic Peninsula. It is open year-round and is a meteorological and geographical observatory. The main purpose of the Academic Vernadsky Antarctic Station (WAP UKR-Ø1) is to conduct scientific research in Antarctica. The entire life of the station and its work is under the management of the Ukraina’s National Antarctic Science Center.