Third mission in Antarctica, for  Lt. Danilo Collino, expert mountain Scout of the Italian Army. After being 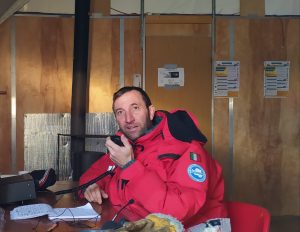 He is often at 14140 at his early moning  (16,00 UTC) looking for Europe as well as earlier  when conditions are good, for Asia and Pacific he takes care of the many VKs, ZLs and JAs.

In the following days he will check 14243 for North America  and he promised to exploit all of his free time to give a chance to everybody, to work Antarctica. 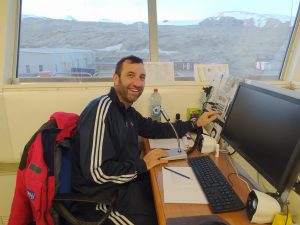 At Mario Zucchelli Station (WAP-Ø1) he is operating from the Radio Room of the Base when it is free of use by the Air traffic control personnel. (see picture on the right)

Also, at Concordia Station Danilo did operate briefly from the Radio Room of the Control Tower, while at 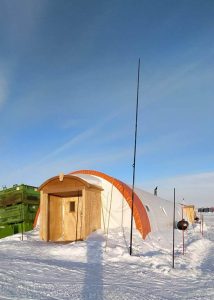 Dome C Summer camp (WAP MNB-14) he did operate from a tent,  using the same equipment of David FT4YM who was for two months together with Danilo.

A big thanks to the Chief commanders of the vaious sites , for having allowed to operate on the Ham Radio frequencies and of course to Danilo and David for having given many many Radioamateurs WW the thrill of a radio contact with Antarctica.