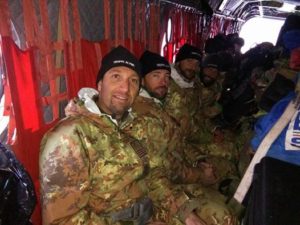 Danilo Collino IZ1KHY  (pic aside) will be involved in Antarctica till the end of February 2019, following several scientific missions and research projects, including remote camps.

Lt. Danilo Collino is an expert Mountain Scout of the Italian Army and this is his second mission in Antarctica where he was wintering over in the year 2004 operating as IØQHM/KC4 from Mario Zucchelli St 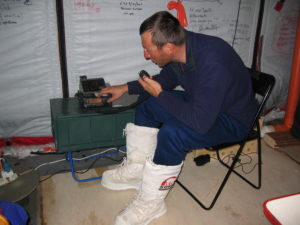 This season, Danilo will stay for a week (maybe more) in few remote camps and in each of the following Bases:

Of course, he will need permission to operate Ham radio frequencies from the foreign Bases, by using the Station’s equipment (Antennas & RTX); let’s hope he 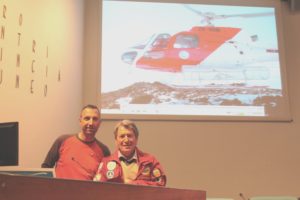 will succeed and in this case the call could be IAØ/IZ1KHY from the Italians sites and eventually KC4/IZ1KHY, ZL5/IZ1KHY, HL8/IZ1KHY. At Concordia Station he will also use IAØ/IZ1KHY. On remote camps he will try to set some dipoles and be active SSB only (power 50-100W) as KC4/IZ1KHY/P.