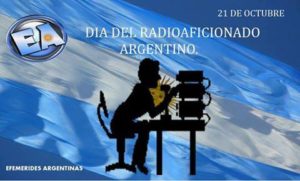 On October 21, 1921, a qualified group of radio amateurs ( the first on the air) met, in an assembly held in the auditorium of the newspaper  “La Prensa”,  did found the  Radio Club Argentino, which historically became the third Radio Club in the world ,

Thus, the so called “Antarctics” keep gratitude and recognition to the Radio Amateurs, because they were a nexus with their loved ones, approaching them with affection in the distance and time.
At the beginning of the century, the Navy’s Ministry did regulate the Ham radio spectrum and was the one who granted the first Amateur Radio License to Teodoro Belloq, on October 15, 1913, who did set a radiotelegraphy station on Av. Callao to 1600 of the Federal Capital and another in a fifth in the San Isidro Party, Province of Buenos Aires. 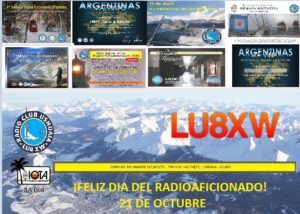 The Radio Amateurs were a small group and known for doing weird things, something like the alchemists of 1900!

Happy Amateur Radio Day’s celebration to all of the operator actually active from the Antarctc Bases in the Icy Continent as well as all of those involved in Ham radio communications.