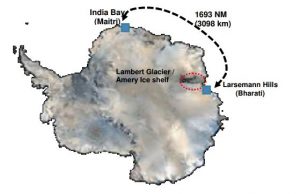 Dakshin Gangotri (WAP IND-Ø1), the first station built before 1985, is now operating as a base transit camp mainly for supplying goods.

One of India’s research stations in Antarctica, Maitri, which has been operational for over 35 years, needs urgent upgradation, work towards which is being done by the National Centre for Polar and Ocean Research (NCPOR), Mirza Javed Beg, the centre’s Director said.

Every year, NCPOR-coordinated voyages with Indian scientists, meteorologists and researchers are sent to Antarctica. They spend anywhere between a month and a year across seasons gathering in-situ samples, maintaining equipment and taking up other scientific activities. 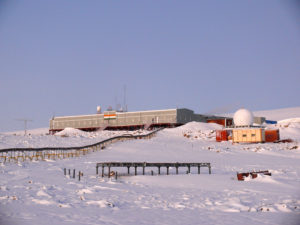 “There is an urgent need for the revamping of the Maitri station, which is more than 35 years old. The NCPOR is focusing on the same” Beg told The Indian Express via email, on the occasion of Earth Day which is observed on April 22.

Built during 1988-1989 to operate for a period of ten years, Maitri is an important Station that allows scientists to collect geological, meteorological and geophysical data. This data is useful in understanding and drawing timely inferences about climate change and other scientific areas. Thus, continuing its operations holds key.

According to the proposed plan by the Ministry of Earth Sciences (MoES), the process of identifying a more favourbale and an environment-friendly site is underway. Once the revamping of the station is complete, it will be a green facility capable of housing more scientists, both during summer and winter. With harsh weather and greater research possibilities needing international collaborations, Beg said that building the third research station was not viable.