Since July 1991, Guatemala is part of the signatory countries of the Antarctic Treaty with non-consultative status. IPOGUA (Instittuo Polar Guatemalteco) was established in 2013 as a Polar Exploration Institute that develops science, technology and expeditions to Antarctica to advance the understanding of planet earth, as well as to enforce the spirit of the Antarctic Treaty to which we are a part.

In 2021, it inaugurated its facilities, which include research laboratories and an educational entertainment center called “POLARIUM”. IPOGUA is located in the department of Huehuetenango (Guatemala) and has several professionals who collaborate with said institution and with the contribution of three Guatemalan Universities that develop polar science. 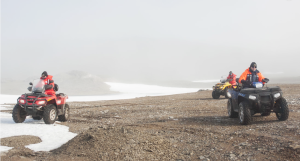 The main mission of IPOGUA is to lead and maintain the presence of Guatemala in Antarctica , through civil-military participation in scientific and technological research activities that promote the advancement of Guatemalan polar science.

This year , IPOGUA in compliance with its Antarctic Program 2022 managed to successfully coordinate its  first scientific expedition to Antarctica  through collaboration with the Observatory for Security, Defense and Cooperation of Barcelona, Spain.

One of the most ambitious goals of IPOGUA is to establish its own Polar Research Station in Antarctica, which allows international civil-military cooperation, as well as the reduction of exploration costs in a multi-use infrastructure, safe for users and that allows projects of innovative research beneficial to humanity to be developed. 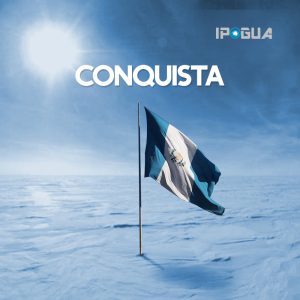 First Guatemalan Antarctic Scientific Expedition 2022
The expedition represented by a Guatemalan,  consist of a stay in Antarctica for around 20 days of the southern Antarctic summer distributed between the South Shetland Islands and the Antarctic Peninsula. While the IPOGUA representative researcher carries out different scientific or technological projects, Ing. Amb. Ricardo Molina will be accompanied by the staff of Premios Antárticos who are responsible for logistical coordination.

IPOGUA especially encourages universities to be part of this first Antarctic scientific expedition, creating collaboration ties in favor of national science and technology. It is an opportunity to expand knowledge, generate new science, increase prestige, and make a homeland within the framework of the Antarctic Treaty.
IPOGUA believes in Guatemala’s scientific and technological talent.