The 19th edition of the Antarctic Activity Week launched by WAP (Worldwide Antarctic Program) in the year 2002, is almost ready to start. The official date this year will be 21 to 27 February 2022. So far, 21 Special Event Stations have confirmed their participation to the 2022 edition of the AAW . 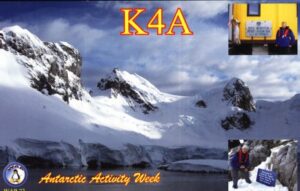 Congrats to Phil Finkle K6EID from Marietta GA, USA for being one of the most present Ham into the Antarctica Activity Week with his special call K4A WAP-Ø73, since the beginning.

First licensed as KN6EID in October 1957 while residing in Burbank, California,  Phil was upgraded to Extra Class in May 1984 (at Long Beach FCC Field Office before VECs started). 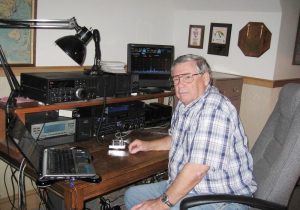 The Worldwide Antarctic Program (sponsor of WAP Antarctic awards) assigned Phil the special WAP-Ø73 which is eligible for WAP awards during this operation.  Phil has a special QSL available for those making a QSO with K4A during those AAW periods, which have to be requested  via the bureau  or direct  to K6EID home address: Philip W. Finkle, 3353 Forest Creek Dr, Marietta, GA 30064 USA, with SASE, current IRC, or two green stamps for direct return.

Phil will shortly 82! WAP wish him a great happy Birthday