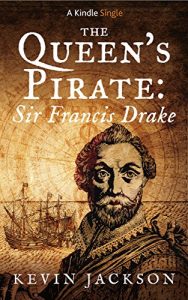 The legend of El Dorado around the South Pole has fascinated many Europeans since Sir Francis Drake. On the first day of 1739, the looked at the cloudy, foggy and ice-bound coast – the one that would later be called Bouvet Island. Then he returned home with a description of majestic icebergs and black-and-white penguins that looked like «large ducks, but with fins instead of wings».
For more than four centuries, Sir Francis Drake has been world-famous for his feats as a master mariner – the captain who “singed the King of Spain’s beard” with his daredevil attack on the fleet at Cadiz, and who led the British Navy to victory against the Spanish Armada in 1588.

A book of Kevin Jackson  “The Queen’s Pirate: Sir Francis Drake”  have been chosen as a Book of the Week in the Guardian and a Book of the Year in the Express. 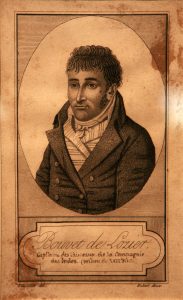 Kevin Jackson is an  English writer, film-maker, radio producer and television director for the BBC); Associate Arts Editor for The Independent. Kevin Jackson  has written for The New Yorker, Granta, The Sunday Times (London), The Guardian, and Vogue, among other publications.

Jean-Baptiste Charles Bouvet de Lozier was born in 1705. Orphaned at the age of 7, upon receiving his education in Paris he was sent to work in the shipyards at St. Malo. He studied navigation and received the rank of lieutenant in the Compagnie des Indes in 1731. With an insatiable desire to explore the southern seas, he petitioned his employers in 1733 with a plan of exploration. He asked for two ships consisting of a frigate and a larger trading vessel. For this, he promised to search the southern seas for land that could accommodate French trading vessels on route to the Far East.