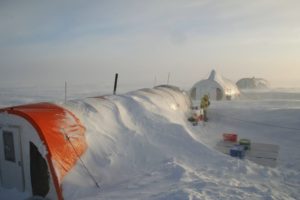 Law Dome was roughly mapped by the United States Feological Survey from aerial photographs taken by U.S. Navy (Operation Highjump) in the year 1946–47, and has been the subject of intensive glaciological and geophysical surveys by Australia National Antarctic Research Expedition between 1962 and 1965. It was named by the “Antarctic Names Committee of Australia” for Phillip Law, Director of the Australian Antarctic Division from 1949 to 1966. 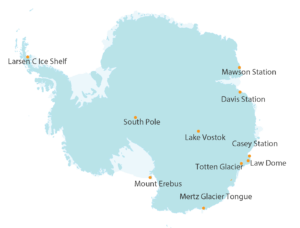 In this area, there is a large drilling Camp subjected of intensive glaciological and geophysical surveys undertaken by Australia since 1962, when the presence and nature of Law Dome was revealed.

If and when some of the researchers,  working down there will show up on the air, transmitting on the HF bands,  a proper WAP reference will be given.