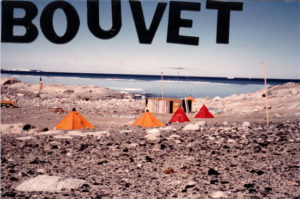 A question did arise among the Antarctic Ham Radio community about the location of LB4LC whose QSL card seems to say he did operate as /3Y in 1986.

We did carefully check the card which is shown on  Tom K8CX’s great Antarctic QSL collection (http://hamgallery.com/qsl/country/Antarctica/index.html) and  have reached the conclusion that the Bay, shown on the front side of the QSL couldn’t be Bouvet Island. 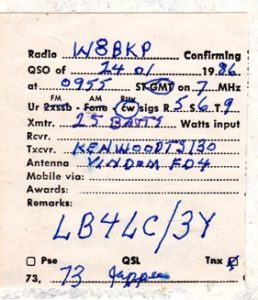 Bouvet does not absolutely have such a place gently sloping on the sea!
It is not clear why “Bouvet” is reported on the card, let’s assume that,  considering the /3Y on the callsign, this  could have push the printer to add it on the QSL.

In addition, the operator of LB4LC, now LA4LGA was contacted by LA5HE;  He said he never operated from Bouvet Island.

TNX and Credit:  Thomas Roscoe K8CX  & Hamgallery.com from where  we did pick the card