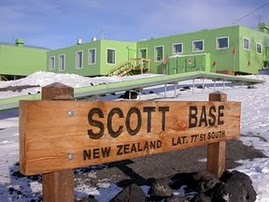 A budget plan includes $344 million New Zealand dollars (US $247 million) to rebuild Scott Base (WAP NZL-Ø1) in Antarctica, which has been used by scientists since it first built in 1957 . The outdated buildings and facilities that keep the residents alive in the coldest, driest, windiest place on earth have deteriorated,” Foreign Minister Nanaia Mahuta said. “Doing nothing would eventually lead to the closure of the base.” (Pic aside show the actul Scott Base settlement)

The project would involve demolishing the existing 12 buildings, which were built in the early 1980s, and replacing them with three large, interconnected buildings. The rebuilt base could accommodate up to 100 people at a time. One of the new buildings would be used for accommodation and dining, one for science, and one for engineering and storage. A windfarm that produces renewable electricity would be overhauled.

The 2021 Budget held some great news for Antarctic scientists and researchers at the University of Canterbury. This project will replace the existing base and Ross Island Wind Farm, achieving the goal of a sustainable and long-term presence in Antarctica