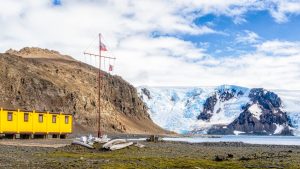 The Henryk Arctowski Polish Antarctic Station was established in 1977 and is now in need of serious improvement works. The Ministry of Science and Higher Education (MNiSW) is to grant new funds to the Henryk Arctowski Polish Antarctic Station to rebuild its infrastructure. “It can be stated firmly that the Polish Antarctic Station is our unofficial embassy in Antarctica. Every year it is visited by official international delegations, representatives of Antarctic programs of other states, as well as tourists from all around the world”, Minister for Science and Higher Education Jarosław Gowin announced on Wednesday,  “However, this is not the most important for us”, he added. “The most important are the broad research capabilities which the station provides to Polish scientists.” 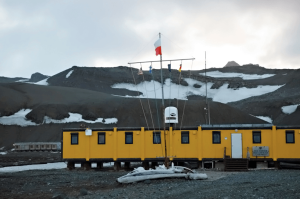 The Henryk Arctowski Polish Antarctic Station  (WAP POL-Ø1) is situated on King George’s Island in the South Pacific and has been in use since the 1970s. It is managed by the Institute of Biophysics and Biochemistry at the Polish Academy of Sciences and operated by eight scientists residing there year-round (called the “winter group”), with five more arriving for a seven-month period (the “‘summer group”), and three additional workers providing continuity to the station’s functioning.
Poland, as a signatory of the Antarctic Treaty, belongs to a group of 29 countries which can decide on human activity on the Antarctic territory. It is allowed to do so as it fulfills the condition of having a research station and sending scientific expeditions to Antarctica, for which an agreement of the other members of the Treaty is required. 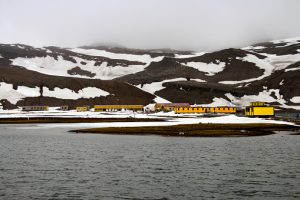 The reconstructed Henryk Arctowski Polish Antarctic Station is expected to start operation in 2023, Agnieszka Kruszewska from the Institute of Biophysics and Biochemistry at the Polish Academy of Sciences (IBB PAN), the station’s managing institution, has told. The rebuilding of the infrastructure and a new main hall of the Polar Research Station in the Antarctic will cost PLN 88 million (EUR 20.4 million) and will be financed with Poland’s science ministry’s grant, she added.

Scientists have been raising the alarm over its poor state for years, arising from the position of the station’s main building. When it was established 40 years ago, it was over a dozen metres from the sea. Now, during high tide, it is less than a metre away. Scientists claim that at any moment a storm could force part of the building to be taken out of use.

The station’s new hall has been designed the Kurylowicz & Associates Studio. Its layout will be tripartite and the floor plan will resemble a three-pointed star. There will be a common leisure space in the centre of the station.

The structure has been pre-assembled in Poland, likely at the beginning of 2021. Kruszewska said. “We decided to take such a step to avoid unforeseen events that could affect the timely implementation of this investment” .

In the second half of 2021 all prefabricated elements have been transported to the Antarctic and assembled there. In 2022, finishing works are planned. In 2023, the facility is to be put into use.

The new building will be located 100 metres from the shoreline, on a stable surface. It will have foundations so its position will be permanent. The reconstructed station will accommodate up to 40 people.