For an Hamradio operator, working someone from Antarctica, have always been a goal, a great goal! 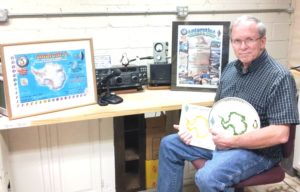 Logging a station operating from/in Antarctica has always been one of the best DX even wished.  Several  Hams, particularly the Old Timers are far above  but just few of them can have over 200 Antarctic Bases on their logs!  Years of years of continuous  monitoring, setting skeds, follow Antarctic expeditions and scientific seasons, with the only goal to work a new one.

Bases, Camps, Huts, Refuges and rare scientific sites are the loots of the painstaking research of these DX hounds. 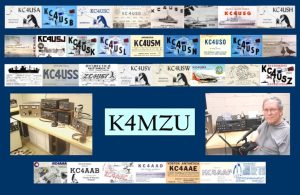 Bob has also achieved the TOP of the Antarctic Challenge 2020 Award with 203 Antarctic/Sub Antarctic Bases and Refuges.

Last but not least,  the other Bob’s hobbies: Author, Antique Bookbinding: www.oldbibles.net and Firearms.