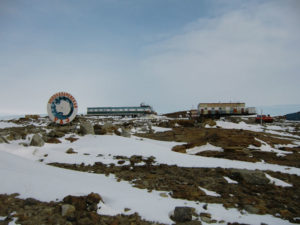 Novolazarevskaya Station is located at the extreme southeastern tip of the Schirmacher Oasis approximately in 80 km from the Lazarev Sea coast. An ice shelf with a slightly undulating surface resting against an ice cap extends north of the Station in the vicinity of Leningradsky Bay. From the south, there is a continental ice sheet slope. The station was opened on January 18, 1961. First constructions included service space, a living house, a mess-room and a power station, as well as glaciological, magnetic and actinometric pavilions and auxiliary space. There is a runway (1200 m x 60 m dimensions and the landing course of 114°) in the station area for ski- and wheeled aircraft located in 15 km south of the station on the ice sheet surface at the 500 m elevation above sea level.

Even if R1ANL has been active in the past, RI1ANL is  a brand new call for WAP Chasers. However, it’s necessary to know little bit more about R1ANL just to avoid confusion. 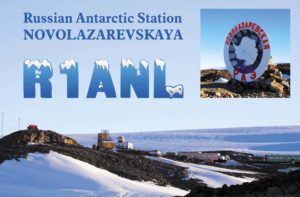 If you check  QRZ.com  you will notice that R1ANL is reported to be a call being active from  Leningradskaya Base;  a good explanation is kindly given by Dominik Weiel DL5EBE (aka R3/DL5EBE).

R1ANL was activated by Nikolay Zinin (RW6ACM) from Novolazarevskaya Base.  Being a member of the 43rd Russian Antarctic Expedition (RAE), Nikolay “Nick” Zinin made about 13.961 QSOs as R1ANL from 27.05.1997 – 28.04.1999.  QSL was first requested via UA6AH who never answered the requests. I met Nikolay in Bremerhaven after his wintering on board of Ak. Fedorov (see attached photo) 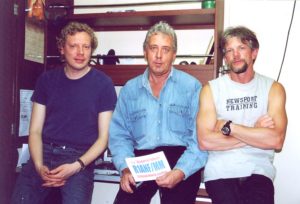 and I offered him to take care about the R1ANL QSL cards. A few months later I received the original handwritten R1ANL logs. I manually entered all QSOs into my computer and created ADIF files which I uploaded to LoTW, ClubLog and I also printed paper cards which are available via DL5EBE (buro and direct)-.

Now Nikolay, RW6ACM, will be again overwintering on Novolazarevskaya this upcoming wintering season as published by Aleksej, RN1ON, on https://www.qrz.com/lookup/RI1ANL   QSLs this time will be handled by RN1ON..
Picture aside shows Dominik R3/DL5EBE, Nikolay Zinin RW6ACM and Oleg Sakharov UA1PBA/R1ANF.