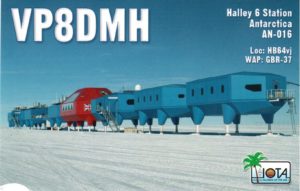 Having changed location earlier this year to avoid being cut off, the Halley VI station will close again over fears that the ice shelf it stands on may break

A British research station in Antarctica is being shut down for the second winter in a row following concerns over growing cracks in the 150-metre thick ice shelf on which it stands.

The Halley VI station, which is parked on the Brunt ice shelf, will be shut down between March and November 2018, with the 14-strong staff who had been gearing up for the winter stint redeployed elsewhere in Antarctica or brought home to the UK.

The director of the British Antarctic Survey, Professor Dame Jane Francis, said the decision was down to the difficulties of rescuing researchers in the winter months, should there be a break in the ice shelf –an event known as calving.