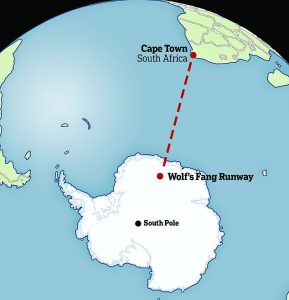 Oleg, ZS1ANF who did operate as ZS7ANF and RI1ANX from Wolf’s Fang Runway (WAP MNB-12) on the Antarctic inland ice in Queen Maud Land during the past Antarctic summer seasons, will be working again at the same Ice Runway Station in the upcoming summer season 2021/2022.

When QRL and work time permits, Oleg will be active with the call RI6ØANT (WAP-335) in the event of the 6Ø years anniversary of the Antarct Treaty Signature. 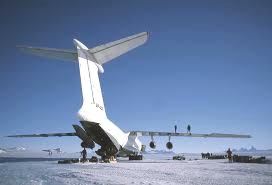 Wolf’s Fang Runway is located 71° 31′ South, 08° 48′ East, 1127m AMSL. The Runway is 3000 mts long and 60 mts wide. The fuel supply for aircrafts that land and take off at Wolf’s Fang,  is possible with the assistance of the South Africa’s science vessel. The fuel supply is delivered to the edge of Antarctica, where a traverse Team embarks on a journey of 800 km across the Fimbul ice shelf to Wols’s Fang Runway.