Signy island hosts a lighthouse listed on the Amateur Radio Lighthouse Society (ARLHS) this  lighthouse seems to be not too far away the Signy Research Station site (WAP GBR-Ø9).

But now,  a problem  comes up!

We have been trying to get a picture of this LH but in vain … loks like the Signy LH does not exist anymore!

In a recent message, about this matter, sent to Gabry IK1NEG, our great friend Mike Gloistein GMØHCQ wrote:

I am not aware of there ever being a lighthouse at Signy.  I have written to the Station Leader at Signy and he has confirmed my thoughts,  in that when the base was manned full time there was a scaffold frame with a lamp at the top but not really classed as a lighthouse.  The Station Leader may have a picture of it,  but it was taken down about four or five years ago.
If I do get a photo I will forward it on to you.
Kind regards,
Mike 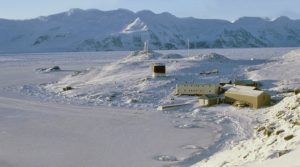 So, a kind of Lighthouse did exist at Signy island, as it has been referenced by several officials,  but apparently,  no one has been able to find out a close up picture of it.

Following the suggestion of Pedro Sarli, LU1JHF, to add a proper reference on WAP-WADA-LH Directory, we did it anyway.

WAP-LH-GBR-ØØ2 is the reference issued to it. New WAP reference  will appear on  WAP LH Directory on next up date (June 2020)