At the northern tip of Antarctica, 800 miles from the nearest pub, lies the world’s most southerly Post Office. Port Lockroy a former British outpost and now an Antarctic research station (WAP GBR-Ø1),, has no running water and lies on an isolated island about the size of a primary school playing field. 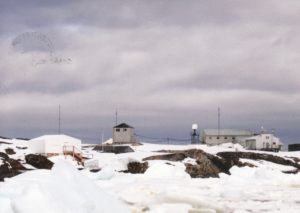 A team of four adventurers live there for a few months each year tasked with running the Post Office and keeping an eye on the 2,000 gentoo penguins that inhabit the island.
With workers bracing frigid -10C temperatures and sometimes going days without a wash, you might ask who’d be mad enough to take a job there.
Step in Laura MacNeil: A librarian based in Edinburgh who describes her stint at Lockroy as a “once in a lifetime trip”.
Running the base’s gift shop between November 2016 and March 2017, Laura, 40, admits she had a few tough moments at the site on Antarctica’s Goudier Island. 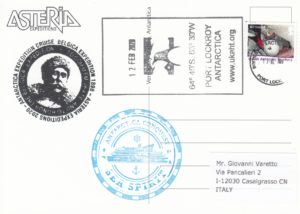 Port Lockroy is run and maintained by the UK Antarctic Heritage Trust (UKAHT), a charity that conserves historic buildings and artefacts in Antarctica.
Read more at: https://www.thesun.co.uk/tech/11032252/antarctica-port-lockroy-research-station-gift-shop-job-apply/