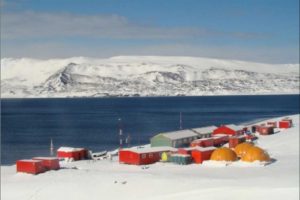 Gabriel de Castilla is actually a Spanish Research  Station located on Deception island in the South Shetlands Group, but it was first a military shelter (called Gabriel de Castilla Refuge), when it was constructed during the 1989/90 campaign. (see thetwo  pics  here below on the right) 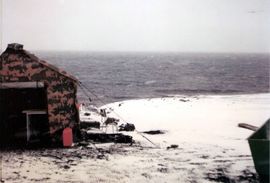 A great momentum was the opening of a refuge, called “Gabriel de Castilla”, named after a Spanish navigator and explorer credited with the discovery of Antarctica at the start of the 17th century.

Activities are run by the Operations Division of the Army’s, coordinated by the Spanish Polar Committee (CPE), the Polar Authority and the body responsible for coordinating, managing and executing Spanish activities in Antarctica and the polar zones in general. 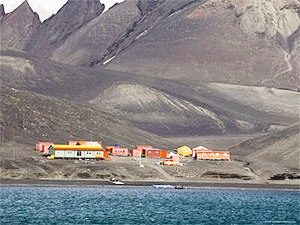 Polar projects are usually funded by the National Plan for Research, Development and Innovation after a peer-review process of proposals.

Since 1959 Spanish researchers have been working in Antarctica, but it was from the opening of “Juan Carlos I Station”  (WAP ESP-Ø1) in 1988 that Spanish scientific activities greatly increased.

Today,(pic to the Left) Gabriel de Castilla on the southern side of Fumarole Bay, is a regularly open summer Base; it has been enlarged with more building and able to accommodate 12 people.

About 1000 mts to the west, is the Argentina’s Deception Station (WAP ARG-12), just occasionally open.