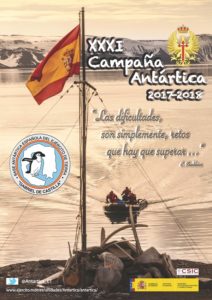 230 people will participate to the XXXI Spanish Antarctic Campaign, carry out 16 research projects, two of them aboard the Hespérides Oceanographic Research Ship, which will also support five international projects of Germany , Belgium, Colombia and Portugal. In addition, in this campaign will also be released a warehouse module at the Gabriel de Castilla Antarctic Base, (WAP ESP-Ø2) managed by the Spanish Army.

The XXXI Antarctic Campaign did  start last November 24, when the Oceanographic Research Ship Hespérides departed from the port of Cartagena (Murcia). The opening of the bases will take place today, January 2, 2018 and the closing will be on March 19, 2018.

The “daring” origins of the Spanish Antarctic Base (BAE) Juan Carlos I° began in 1986 as a tent in which for a few days the scientists Antoni Ballester, Josefina Castellví, Joan Rovira and Agustí Julià coexisted. 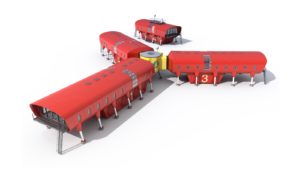 Two years later, in 1988 the same year that Spain became a consultative member of the Antarctic Treaty, the Spanish Antarctic Base (BAE) Juan Carlos I° was inaugurated. and recently rewnewed.

The remodeling works of the new base, which did involve an important environmental and economic effort, have cost 16 million euros, 13 million financed by the Ministry of Economy and another 3 by the CSIC.

The new BAE is already operational and the members of this year’s Antarctic campaign may release the facilities approximately one month after their arrival, although the base will be formally inaugurated next year.