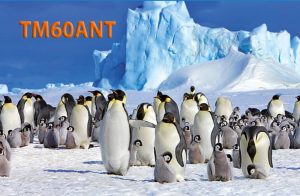 François Bergez F8DVD  informs WAP  that his last activity’s QSLs have been printed and now are ready to confirm all the QSOs made.

While sending the preview of both cards, François wrote :
Just received  print of  QSLs for my last two activations.

TM6ØANT (WAP-318) in commemoration of the 6Øth  Anniversary of the signing of the Antarctic Treaty.

The picture shows the elevated dormitories used as housing for summer and winter personnel at the US Amundsen Scott – South Pole Station (WAP USA-21). 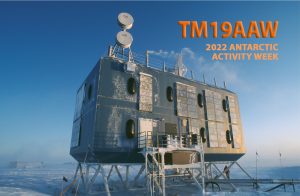 The structure is raised on stilts to allow drifting snow to blow under it.

Thanks to Alfio IT9EJW for printing.  Direct QSL are posted to day

TNX F8DVD, congrats for such a  geat job!

Special QSLs could be requested Direct to: