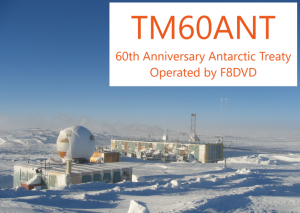 France was one of the 12 countries who signed the Antarctic Treaty.

Twelve Countries represented by the Governments of Argentina, Australia, Belgium, Chile, the French Republic, Japan, New Zealand, Norway, the Union of South Africa, the Union of Soviet Socialist Republics, the United Kingdom of Great Britain and Northern Ireland, and the United States of America, signed the Antarctic Treaty on 1 December 1959 in Washington. The Treaty officially entered into force on June 23, 1961. 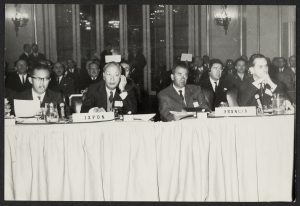 The picture here aside, show the France  representative present in Washington 1959 at the signature