After 40 years, Polish Antarctic Research Station A. B. Dobrowolski at Bunger Hills will be reactivated. 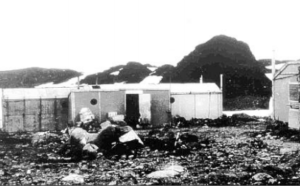 The Polish Academy of Sciences (PAN) has signed an agreement with Geoscience Australia establishing joint research in the Antarctic. The cooperation between the two countries includes the exchange of scientific thought and technology as well as the exchange of scientific data for the development of maritime and land research on the Antarctic continent. As a part of that agreement, the Polish Antoni Dobrowolski Station is set to be reactivated. Poland has two research stations in the Antarctic: the H. Arctowski Station in the Southern Shetlands, in constant use since 1977, and the Antoni Dobrowolski Station in the Bunger Oasis in eastern Antarctica, which has been unused since 1979.

Once reactivated, the facility is to act as a bridgehead to site an autonomous geophysics station on the exposed rocks of the Antarctic continent. 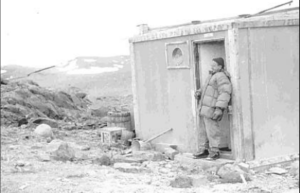 The first Polish expedition to the Bunger Oasis in forty years is planned to leave in three to four years with the use of a modern Australian ice-breaker, the Nuyina.

Sebastian Gleich SQ1SGB remembers that Dobrowolski was only active in a short time’s  expeditions when Poland “cooperate” with Soviet Union. The reason is that it’s quite hard to get there without icebreaker and helicopters.(Pic here aside shows the old Gravimetric pavillon)

-I don’t know anyone who was there, but a good friend of mine–  Seba says  -collects lots of info about Dobrowolski station. I will ask him but now he is on Arctowski station till the month of May-.