On last August 30, 2021, a ceremony was held at the facility of the Ministry of National 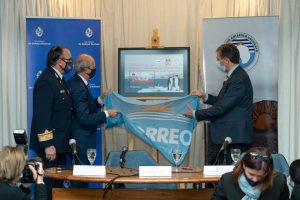 Defense. The Uruguayan Mail,  following the request  of the Uruguayan Antarctc Institute, presented a commemorative stamp, celebrating the 30th Anniversary of the first Antarctic naval mission aboard the ship “Pedro Campbell”

Peter Campbell (1780-1832) , also known in Spanish as Pedro Campbell was an Irish naval officer who founded the Uruguayan Navy.