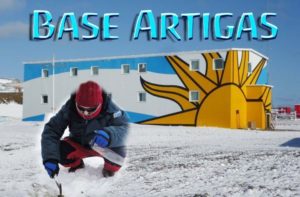 General Artigas Station (WAP URY-Ø1) is the larger of the two Uruguayan scientific Research Stations in Antarctica, the other one, is Elichiribehety Base (WAP URY-NEW)

Archbishop Sturla would like a chapel at Artigas Base, but the military authorities do not seem inclined to grant the request!

The cardinal of Montevideo, Rev. Daniel Sturla expressed the desire that Uruguay, like other nations of Latin America and other Countries of the world, have its own Catholic chapel in Antarctica.
The existence of a letter was revealed by the weekly Busqueda magazine  and was written in September 2015 to General Claudio Romano, who then presided over the Governing Council of the Antarctic Institute of Uruguay. The cardinal’s letter, 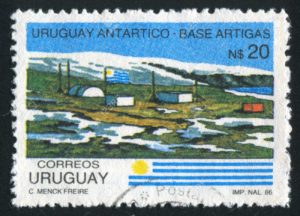 awarded in September of that year with this title by Pope Francis, begins by referring to request that came from people linked to the Artigas Base of Uruguayan Antarctica.

Artigas Base is a small scientific research station founded in 1985 in the white continent. It is precisely here that, the Archbishop of Montevideo would like to have a “chapel dedicated to prayer and personal reflection” erected. 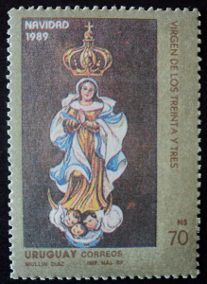 The base is active all year with an allocation of 8 people in winter and 70 in summer. -We think that for our compatriots who spend a season there-  writes the archbishop of Montevideo, -the presence of a chapel and a place suitable for the image of our Patroness can only be beneficial-.

In Artigas Base operates a meteorological station that forms part of the worldwide network. For years in the Base,  there has been an image of the Virgen de los Treinta y Tres (Our Lady of  the Thirty-Three), Patroness of Uruguay. -This call of the Mother of Jesus is linked to our homeland history- observes Monsignor Sturla .

National independence was proclaimed at the foot of the original image. Many patriots worship her and General Don Manuel Oribe, as a vote after a shipwreck, placed the golden crown with which he was honored on her head. Other nations present in Antarctica also have their chapels”.

Here below, an interesting video that tells the history which we would like to share with the Antarctic chasers:

Our Lady of the Thirty Three may not be very well known, because She has little history. In 1825, the 36 centimeter statue was brought to what is now Florida City, Uruguay by 33 orientals. In 1857, one of them, Manuel Oribe, gave her a small golden crown. In 1962, Bishop Humberto Tonna crowned it solemnly, and soon afterwards, Bl. Pope John XXIII declared it Patroness of Uruguay.  In 1988, during Bl. Pope John Paul II‘s visit to Uruguay, he consecrated it.