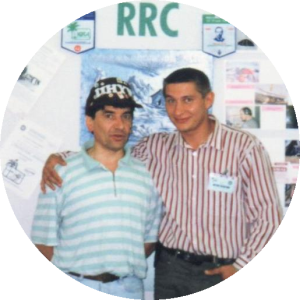 Valery Sushkov  (RW3GW/RMØL) Honorary President of the Russian Robinson Club, is a great Expeditionner with several activities in Antarctica and in the Arctic.

I had a plesure to meet Valery RW3GW and his brother Albert RV3GW  about 30 years ago when,  both were young island chasers  and we became good friends!

Recently, on January 17, 2022, the Moscow office of the Law and Order-Shield Foundation did award the explorer-traveler  Valery Sushkov (RW3GW-RMØL) with a commemorative Medal  “In commemoration of the 200th anniversary of the discovery of Antarctica by Russian navigators F. Bellingshausen and M. Lazarev on the sloops Vostok and Mirny.“ 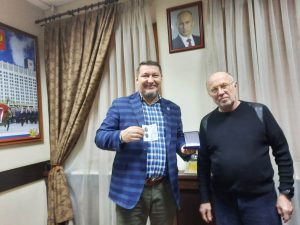 The award was presented to Valery Sushkov RMØL by the head of the organizing committee of the project “Russian Antarctica. History in continuation” Alexander Ilyin.

Earlier in 1999-2000,  Valery Sushkov was a member of the International Complex Antarctic Expedition to the South Pole (CE9/R3CA, R3RRC/ANT), a participant and organizer of more than 100 different expeditions, and in 2021 he was awarded the Geographical Oscar in the nomination “Travel & Expedition” for the Pacific Historical and Geographical Expedition “Marine Heritage of Primorsky Kray” and the postal experiment POSTVENTURE postventure.ru. 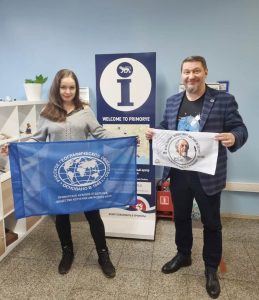 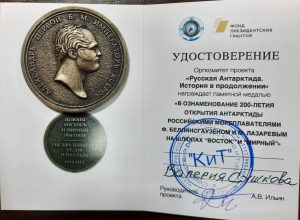 Kit. The obverse of the medal exactly copies the original, made by order of Emperor Alexander I for the expedition teams of Thaddeus Bellingshausen and Mikhail Lazarev. On the reverse is a dedication to the circumnavigation of the sailing ships Kruzenshtern, Sedov and Pallada.

WAP expresses all the admiration and complacency for the important acknowledgments to his friend Valery Sushkov who,  with his many DX-peditions has given to the Radioamateurs from all over the World , the thrill of having logged rare spots,  both in Antarctica and in the Arctic!