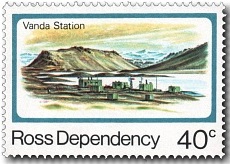 Vanda Station was an Antarctic Research Base in the western highlands (Victoria Land) of the Ross Dependency, specifically on the shore of Lake Vanda, at the mouth of Onyx River, in the Wright Valley. The four original station buildings were constructed in the summers of 1967–1968 and 1968–1969, just prior to the first winter-over by a five-man team from January to October 1969. 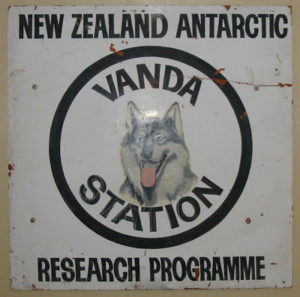 Subsequent wintering parties occupied the station in 1970 and 1974. During summer seasons, Vanda Station was fully staffed until 1991.

Scientific programs principally included meteorology, hydrology, seismology, earth currents, and magnetics. The station was administered by the Department of Scientific and Industrial Research (DSIR), and was supported logistically by the permanent New Zealand research Scott Base  (WAP NZL-Ø1) on Ross Island.

In 1995, environment concerns resulted in the base being closed. Various activities associated with the station’s occupation, 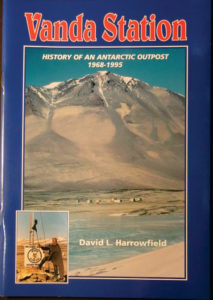 including excavations, the erection of buildings, disturbances caused by vehicle movements, the storage of consumables, waste disposal, and accidental spills, led to the effort to remove the station.

Today, an Automatic Weather Station is at the site of former Vanda Station, and Lake Vanda Hut, a shelter that is periodically (summer only) occupied by 2 to 8 New Zealand stream researchers 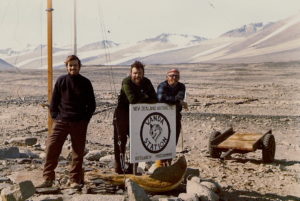 The book is Available in the National Library of Australia collection, and through the N.Z. Antarctic Society, PO Box 404, Christchurch, N.Z.

Vanda Station is listed on WAP-WADA directory as WAP NZL-NEW, waiting someone to put it on the air!