The Australian Antarctic Division has paid tribute to a former Chief Scientist, Professor Patrick (Pat) Quilty AM, who died on Sunday (26 August). Professor Quilty led the Division’s science program for more than 18 years from 1980–1999 and published more than 200 scientific papers.

The Australian Antarctic Division said long-serving former chief scientisProfessor Quilty died at the weekend at the age of 79. 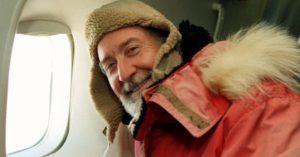 WAP sends personal heartfelt sympathies on the loss of Prof Pat Quilty to his family and to the whole AAD.