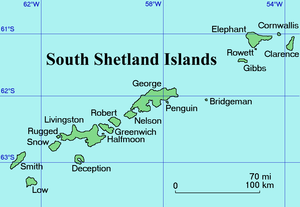 Comment from the personnel overwintering at Arctowsky Polish Antarctic Station (WAP POL-Ø1) was: today between wind gusts we felt something new; – an earthquake measuring 5.6 on the Richter scale-.