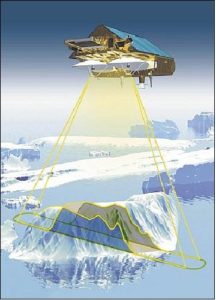 Europe’s dedicated polar-monitoring satellite has produced its sharpest view yet of the shape of Antarctica.
The Cryosat mission has been measuring height changes on the White Continent since 2010 using a radar altimeter instrument. ESA’s CryoSat mission is dedicated to precise monitoring of marine ice in the polar oceans and variations of ice sheets overlying Greenland and Antarctica.
And now its entire data archive has been reprocessed in a way that gives a tenfold improvement in resolution. Whereas Cryosat used to see features at the scale of 1km to 2km, it now sees them at 500m or less.
The new “swath” processing mode, as it’s called, will bring significant advantages in the study of those regions of Antarctica that traditionally have been especially hard for radars to sense. These include the craggy terrains where glaciers will be numerous but relatively sm 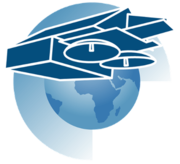 all. “So, the benefit in the Antarctic Peninsula for example promises to be massive,” says Dr Noel Gourmelen from Edinburgh University and the UK Centre for Polar Observation and Modelling (CPOM).
“The peninsula is the region furthest away from the pole; it’s much warmer there and it’s where we’ve seen the acceleration of glaciers and the collapse of ice shelves.
“We can basically now measure all of the peninsula around the coast which is where the biggest changes have been taking place,” he told BBC News.