Microplastics and chemicals used in a range of household goods have found their way to Antarctica’s pristine waters and ice caps, research shows.
Greenpeace says the microplastics, which are commonly used in body washes and toothpaste, and polyfluorinated alkylated substances (PFAS), like those used in non-stick cookware, were found in samples taken from Antarctica’s waters and snow between January and March this year.
The findings have sparked calls from Greenpeace for an Antarctic ocean sanctuary to be set up, so penguins, whales and the frozen continent’s entire ecosystem can recover from the pollution pressures they are facing.
“We may think of the Antarctic as a remote and pristine wilderness, but from pollution and climate change to industrial krill fishing, humanity’s footprint is clear,” Greenpeace’s Protect the Antarctic campaign spokeswoman Frida Bengtsson said as the findings were released on Thursday. 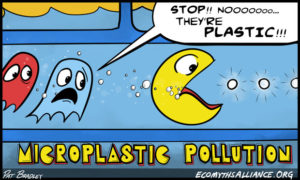 “Plastic has now been found in all corners of our oceans, from the Antarctic to the Arctic and at the deepest point of the ocean, the Mariana Trench. We need urgent action to reduce the flow of plastic into our seas.”
The microplastics and potentially hazardous chemicals were detected in samples collected from the sea surface and seabed, as well as freshly fallen snow in remote waters and islands off the Antarctic Peninsula and Bransfield Strait.
Microplastics, which include synthetic fibres and beads found in personal hygiene products, were found in seven of the eight water samples, with at least one microplastic fibre per litre.
They were also detected in another two samples collected using a manta trawl net that scraped along the sea surface. 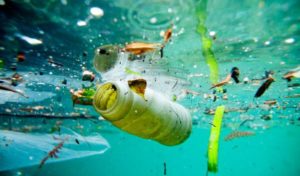 There is growing concern internationally about the increasing presence of polluting microplastics in waterways, with many countries having banned their use in cosmetic products.
While the United States has banned microbeads, which can be mistaken by sea animals as food, Australia is relying on companies to voluntarily phase them out by the middle of this year.
Greenpeace said while not much was known about the extent of microplastics in Antarctica, its research suggested that the continent’s natural barrier to seawater flowing from the north – the Antarctica circumpolar current – was being breached by the tiny polluting particles.
As part of Greenpeace’s research, traces of PFAS, which are used in non-stick cookware, waterproof clothing and fabrics, and fire-fighting foam, were found in seven of nine fresh snow samples that were collected and analysed.
“The findings in snow samples are unlikely to be due to contamination from local inputs as a result of research activities and tourism in the local areas, as the snow was freshly fallen,” Greenpeace said in a report.
“The chemicals found in the snow could have been transported in the atmosphere over long distances, washed out by precipitation and then deposited in the Antarctic snow.”
Source: https://www.theaustralian.com.au/news/latest-news/antarctica-contaminated-with-microplastics/news-story/eb6a8d6453ca2577da40b12ba8f56eed