Carsten Borchgrevink was a Anglo-Norwegian explorer, best known for being one of the first explorers of Antarctica;  he 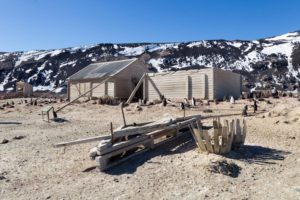 began his exploring career in 1894 by joining a Norwegian whaling expedition, during which he became one of the first persons to set foot on the Antarctic mainland. The first buildings erected by Carsten Borchgrevink at Cape Adare were prefabricated of pine by the Norwegian factory Strømmen Trævarefabrikk. These huts are still standing, and the site is recognized internationally as a significant historic site.

Members of the Northern Party of  Scott TerraNova Expedition overwintered  at Cape Adare in 1911 and 1912. They erected one hut, which has fallen into ruin today. 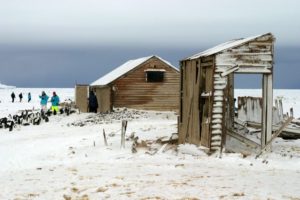 The remains of Borchgrevink’s two huts, as well as those of the Terra Nova Expedition’s hut, have also been designated a Historic Site or Monument (HSM 22), following a proposal by New Zealand and the United Kingdom to the Antarctic Treaty Consultative Meeting. The grave of Nicolai Hanson has been similarly but separately designated (HSM 23).
Expedition’s accommodation hut remains at Cape Adare, under the care of  the New Zealand Antarctic Heritage Trust which acts as guardian to this hut and to those of Scott and Shackleton elsewhere on the continent. 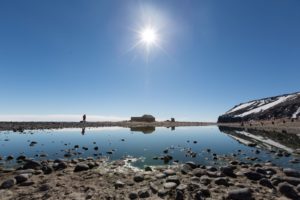 The Borchgrevink hut was designated by the Trust as Antarctic Specially Protected Area (ASPA) No. 159 in 2002. In June 2005 the Trust (the highest level of protection available under the terms of the Treaty),  adopted a management plan for its future maintenance and accessibility.