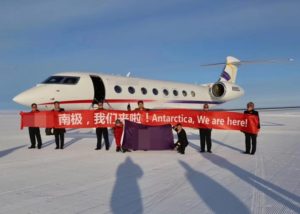 Media caption heading to Antarctica by plane is the exception, not the rule. According to Chinese media, the country’s first commercial flight to Antarctica brought 22 lucky tourists to the exotic destination this weekend.
The trip is hailed as a milestone – but is it really? And what does it tell us about China’s geopolitical ambitions in the region?
Is it really a first?
Described in Chinese papers as the beginning of a new era in the country’s tourism to Antarctica, the trip took the select few from Hong Kong all the way to the actual South Pole.

That meant a 15-hour flight to South Africa, refuelling in Cape Town and then another 5.5 hours to Antarctica. From there, it’s another five to six 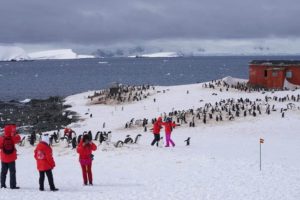 The Chinese tour operator describes the trip as a milestone, saying it means Chinese tourists no longer have to book via foreign agencies.

Despite the current example of a top-of-the-menu extravaganza all the way to the pole, most Chinese tourists of course take the normal route by cruise ship from South America. In fact, only 1% of tourists fly to the interior of the continent.