A research team led by Prof. Shang Zhaohui from National Astronomical Observatories of the Chinese Academy of Sciences (NAOC) has proved that Dome A (short for Dome Argus)  in Antarctica is the best site for optical astronomical observation on Earth. 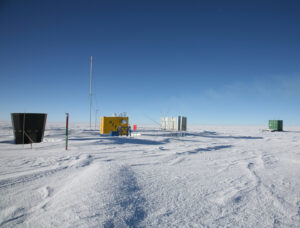 Seeing reflects the atmospheric turbulence that makes stars twinkle or smears star images observed by telescopes. At an observatory with good seeing, weak turbulence results in a smaller seeing value and sharper images. This is especially good for viewing faint objects. A small-aperture telescope at such a site can compete with a larger one at other sites.

Due to the geographic and atmospheric properties at Dome A, atmosphere turbulence usually resides in the near-ground, shallow boundary layer, above which is the very stable free atmosphere with superb seeing. 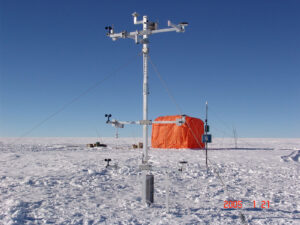 Dome A (aka Dome Argus) 80°22′ South,  77°22′ East is the highest place on the polar ice cap in East Antarctica, with an altitude of 4093. It is also one of the least-known places on the globe. An automatic weather station provides data from this remote site,  was set up over there, as part of an Australian-Chinese collaboration in January 2005. No ground-based scientific investigation had been made at this site before the arrival of the Chinese over-snow traverse team.

TNX and credit to: https://www.antarctica.gov.au/antarctic-operations/stations/other-locations/dome-a/