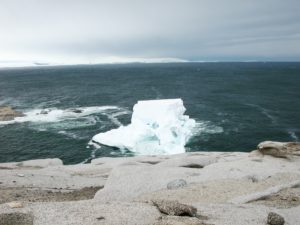 Global warming was leading to an “irreversible” mass melting of the Antarctic ice and purging carbon from the atmosphere was the only solution to slow the process, an Australian climate scientist told Reuters on Wednesday.

Recent human activity has intensified global warming, which could result in a mass melting of Antarctica, said Zoe Thomas, a research fellow at the University of New South Wales who was part of an international team of scientists that recently published a paper on Antarctic ice melting. The study showed the world could lose most of the , which rests on the seabed and is fringed by floating ice, in a warmer world.