Have you ever wondered what it’s like inside Scott Base (WAP NZL-Ø1) in Antarctica?

Take a quick trip around our base and visit the Hillary Field Centre (named after Sir Edmund Hillary), Hatherton Lab (named after scientist Trevor Hatherton), TAE (Trans Antarctic Expedition)  Hut, a part of the original Scott Base and more!! 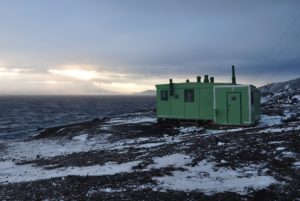 Nestled alongside Scott Base (WAP NZL-Ø1) in Antarctica, is Hillary’s Hut,  a small building that’s played a big role in New Zealand’s history. Hillary’s Hut was the first building constructed at Scott Base. It was built by a team led by Sir Edmund Hillary in 1957 and it was from here that Sir Ed later led the historic expedition to the South Pole.

Thanks and Cedit to: http://www.nzaht.org/explorer-bases/hillarys-hut-scott-base#