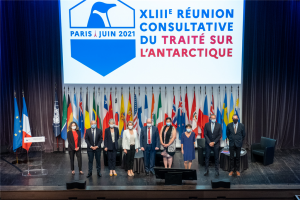 In a document sent to the Secretariat of the Antarctic Treaty 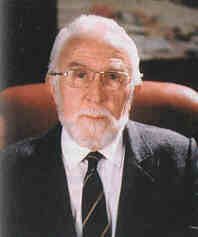 regarding  the “Italian activities in Antarctica before the establishment of the PNRA” (and shown during the Consultative Meeting in Paris last June 2021) there is a paragraph concerning the expedition of Renato Cepparo (pic aside Ham callsign I1SR), with mention of the Memorial building, located in Cervignano del Friuli (Italy),  inspired by the remains of the base dedicated to Giacomo Bove.

.
The efforts of prof. PHD Julius Fabbri IV3CCT have been rewarded!

Here below, the subject: 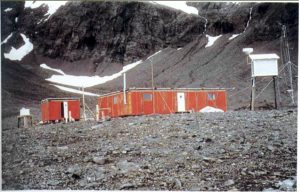 The largest and only independent Italian Antarctic Expedition was led by Renato Cepparo in 1976-77 to the South Shetland Islands by the Norwegian ship P/V Rig Mate.

It was privately funded and fully self-sufficient, and had the aim of carrying out scientific measurements and leaving a permanent refuge on the Antarctic Peninsula.

The geologists Gian Camillo Cortemiglia and  Remo Terranova were in charge of the scientific part.

Cepparo and his companions landed on King George Island and erected a small building that they named after Giacomo Bove. Today the only remains are the abandoned walls of the station and a wooden table, inscribed by Ing. Admiral Flavio Barbiero. 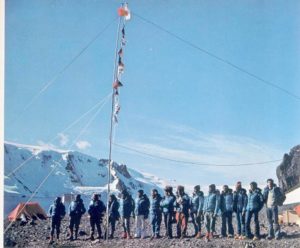 In 2018 in Cervignano del Friuli (Italy), the AdiriAntarctica NGO has made an “Italia Valley Antarctic Memorial” of this expedition, building a 1:1 scale replica of the wooden table and the ruins of the Renato Cepparo- Giacomo Bove Station as open-air part of an indoor permanent Museum of Italia Valley, an example of ex situ conservation.

Scientists stopped on King George Island where they established a small prefabricated field in the Admiralty Bay named after Giacomo Bove. Others headed for the Wiencke Island and Livingstone Islands to make the planned climbs.

Pic on the Right shows: 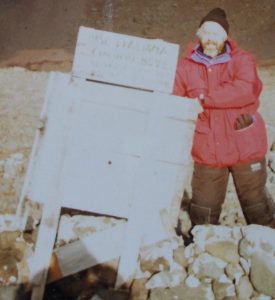 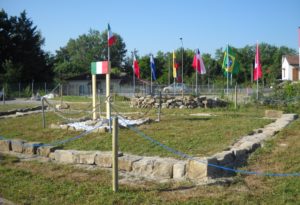 Pic on the Left shows;

Scaled 1:1 replica of wooden table and station ruins at “Italia Valley, Antarctic Memorial’ in the park of  “A. Malignani” High School of Cervignano del Friuli – Italy

IV3CCT & II3BOVE (pic aside) is proud to see his efforts recognized by the Institutions  and wish to expree his gratitude to those who in any form of support did allow to put,  to the international attention,  an Antarctic Operation done by Renato Cepparo and his Team  back in 1976-77.

«Dear friends and supporters, after twenty years of research; after 12 battles with the MAE and MAECI (Foreign Min.) and clashes with scientific diplomacy, finally, the Dicastery has published, on behalf of Italy, an article mentioning “our” Memorial!

Many thanks to those who have supported me over the years! 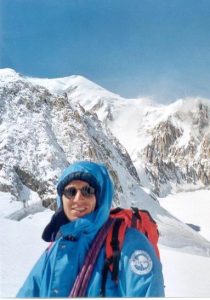 Even if there are errors and omissions in this documents, it’s anyway  important that the Memorial was published by Italy which, in this way, did accredit it ! 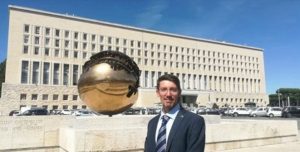 A real honor for me, for the relatives of Renato Cepparo and Giacomo Bove as well as for students, families, associations, partners and patrons. The Giacomo Bove and Maranzana (AT) Association and the Cultural Adri-Antartica Association, founders of the actually constituted National Consortium. All together,  say  thank you to all the supporters, to friends and families. Thanks to the late H.E. Ambassador Arduino Raimondo Fornara, yp Commander Gen. Amedeo Amedeo G. Cristofaro, to H.E. Ambassador Pier Francesco Zazo, graduated with prof. Silvio Zavatti.»