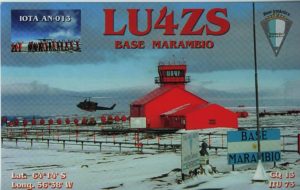 Activity of Argentine amateur radio stations in Antarctica, in addition to maintaining a reliable  communications service, useful and important  in regions like these, contribute to the diffusion of HF activities and promotion of Argentine sovereignty in the region. These activations have several purposes and objectives  beside the usual DX activations.

Marambio Base is Argentina’s gateway to the white continent, as it has an operational runway throughout the year for aircraft with conventional gear (wheels). The C-130 Hercules planes make flights to Marambio at any time of the year.

Marambio Base will be active till the end of July. Pay attention to LU4ZS. It  continue to be active on HF, throughout the month of July, LU4ZS, the official radio station of Marambio Base (WAP ARG-21) in Antarctica, will be on the air mainly on 20 and 40 meters  SSB. 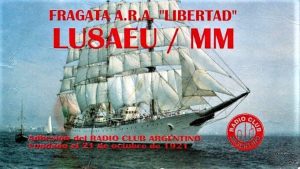