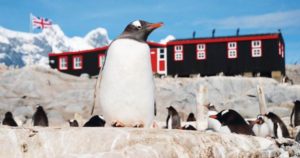 Five people have beaten off competition from more than 200 people to run the UK’s most remote post office in Antarctica. The team will man the UK Antarctic Heritage Trust’s Post Office at Port Lockroy for four months.

The first permanent British Base to be established on the Antarctic Peninsula, it has been run as a museum and Post Office for tourists since 2006. 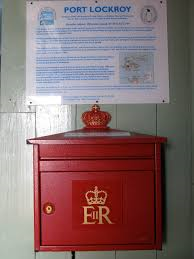 The new postmasters start work in November and return to the UK in March. Each year, the UK Antarctic Heritage Trust, which is based in Cambridge, advertises for a new intake of seasonal postal workers.

Hundreds apply despite there being no running water or mains electricity and the job involving working in sub-zero temperatures 11,000 miles away from home.

As well as running the office, museum and shop, the chosen team monitors the island’s resident gentoo penguin population.

Several brooms are sent to the team each year to clean the penguin droppings outside the building – which the trust admits would otherwise look like “a penguin toilet”.

Thanks and credit to: https://www.bbc.com/news/uk-england-cambridgeshire-49768448