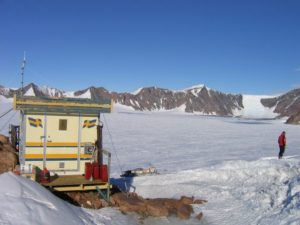 Svea is located in the Scharffenbergbotnen valley in the Heimefrontfjella mountain range, about 400 km from the coast. It was built during the 1987/88 Antarctic expedition and was the first Swedish research station in Antarctica since the Snow Hill station in 1901 and Maudheim in 1949. 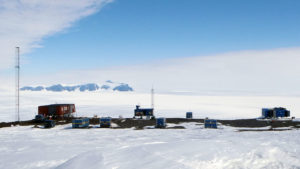 and is an excellent Base for small, transient research teams performing fieldwork in the area. The station, comprising two joined fibreglass modules, is about 12 m2 and has four beds and one pantry.

The Station is currently the home base for two permanent monitoring projects: continual geodetic measurement using GPS technology, run by the Royal Institute of Technology in Stockholm, and a seismograph that records movements in the earth’s crust, run by the German Alfred Wegener Institute.