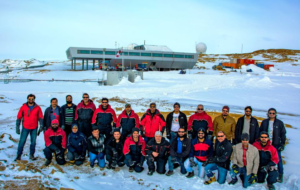 The 36th ISEA Team (Indian Scientific Expedition to Antarctica) at Bharati Station is almost at the end of its overwintering task, after a successful winter at 69° 24’ 28” South, 76° 11’ 14” East.

Snow is melting up and the austral summer is slowly coming.
(Picture aside,  taken by Abhijeet Jadhav)

Mr. Rajesh Dabral  (VU3LBP) who did replace  Bhagwati Prasad (VU3BPZ-8T2BH) as Communication Officer at the Base, is trying to be QRV mostly on 20 mts band.

In the last couple of days he made several contacts with VKs, ZLs and ZSs 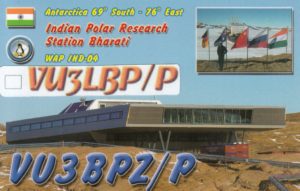 Two more months before  he leaves and returning back home so two more months … last chance to work him at Bharati Research Station, Antarctica.

Let’s hope propagation can improve a bit otherwise it will be hard for EU to work VU3BPZ/P.