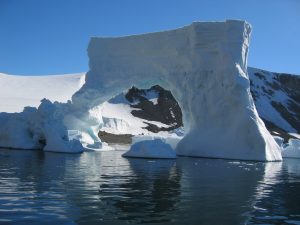 There is a nice article published on last June 2021 by “Science Focus”.

It explains that there are five oceans now, not four. A marine biologist spells out why that matters …
It’s time to update your maps, because the Earth now has a total of five oceans.

Though accepted by scientists for some time, the Southern Ocean wouldn’t be found on any National Geographic maps – until now.

Cartographers at the National Geographic officially recognised the fifth ocean on World Ocean Day, 8 June 2021. The ‘new’ ocean borders the Pacific, Atlantic and Indian Oceans, which is why geographers had argued for some time as to whether it was in fact unique enough to be classed as a different ocean, or just cold regions of the three ocean