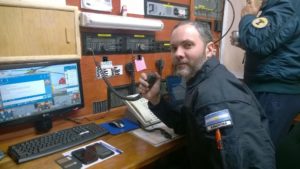 Hereby  a couple of pics of Cristian Mauro Fabregat, LU4CMF, operator at Marambio Base as  LU4ZS in a site with -50ºC and 100 km/h of Antarctic wind.

LU4ZS is actually the solo station active from Marambio Base, while on the several Argentinean Stations in Antarcticano one is QRV.

We must plaude Cristian and we have to thank him  to still believe in the power of the Ham Radio and in the heart of Radio Amateurs.
We really hope that Argentine Authorities can encourage the use of Amateur Radio bands in Antarctica to not dissipate the cultural heritage that Ham radio has been able to create in the international community since the last century. 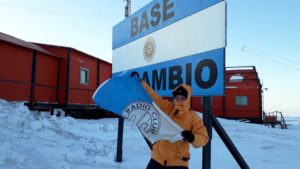