Flights to Antarctica delayed by a fortnight due to storms are set to take off. 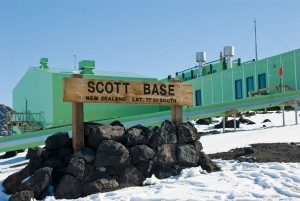 Antarctica New Zealand staff were scheduled to fly south on October 1 to set up Scott Base  (WAP NZL-ØØ1) for the summer science season ahead, but wild winds and snow closed the McMurdo Sound airfields, causing the longest delay in decades to the start of the season.
The first flight is scheduled to fly out at 8am Tuesday, followed by another at 11am. There will be two more flights on Wednesday, one on Thursday and two on Friday.
An Antarctica New Zealand spokeswoman said the first to fly south include mechanics, electricians, chefs, domestic staff, communications operators and logistics personnel. They will prepare Scott Base for the season, with scientists due to start flying south later this month.
She said US staff in Antarctica have been busy clearing Phoenix Airfield (WAP USA-NEW), which serves US research centre McMurdo Station (WAP USA-22) and New Zealand’s Scott Base (WAP NZL-Ø1), following the storms.

Antarctica New Zealand general manager of operations Simon Trotter said the New Zealand team was working hard to minimise impact on science planned for the beginning of the season.
“The storms have also affected our US neighbours, who are due to fly south to McMurdo Station. Unlike us, they can’t send their employees home to wait it out – so many of them are getting to know Christchurch very well.”
Read more at:
https://www.stuff.co.nz/environment/107846223/antarctica-nz-scientists-due-to-fly-south-after-weather-causes-twoweek-delay