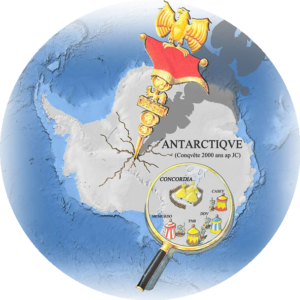 When at school, we all learnt about the glorious British failure of the Scott expedition to the South Pole. A party consisting of Robert Scott and four others from his 60-strong team arrived at the South Pole on the January 17, 1912, only to discover that a Norwegian expedition led by Roald Amundsen had beaten them to it by over a month, arriving on December 14. In anticipation of Scott’s arrival, and in case the Norwegians did not make it back alive, Amundsen had left a tent at the Pole with a letter in it. Amundsen had written it in his very individualistic polar-explorer kind of Dano-Norwegian, but it was addressed, in English, to “HM King of Norway”.

The Scott expedition’s tragedy was that, not only did they fail to become the first humans to reach the South Pole, as they had aspired to be, but all five of them died on their ghastly 900-mile trek on foot back towards their base.

Thanks and credit to Peter Trudgill on Antarctica, and its most famous story
Read more at: https://www.theneweuropean.co.uk/brexit-news/peter-trudgill-antarctica-language-4808928